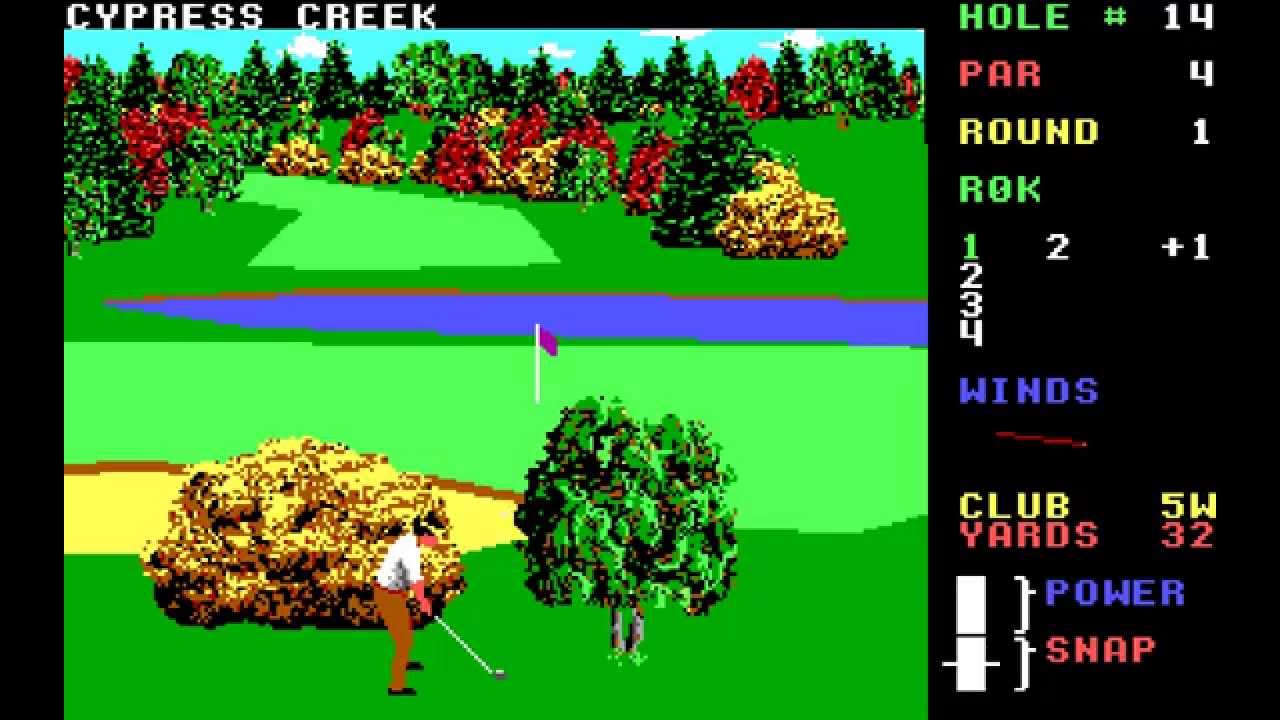 A course editor is included. The courses provided include real locations: St. Andrews (Scotland), Cypress Creek and Doral Country Club (USA) and a fictional one, The Gauntlet, which, as the name suggests, is designed to push the player’s skills to the maximum.

The PC version utilizes the PC speaker to reproduce voice samples via the company’s patented RealSound process. Quips like “No doubt about it, he’s deep in the sandtrap”, “Straight onto the fairway”, and “Looks like he hit the tree, Jim” are used to provide running commentary on the gameplay.