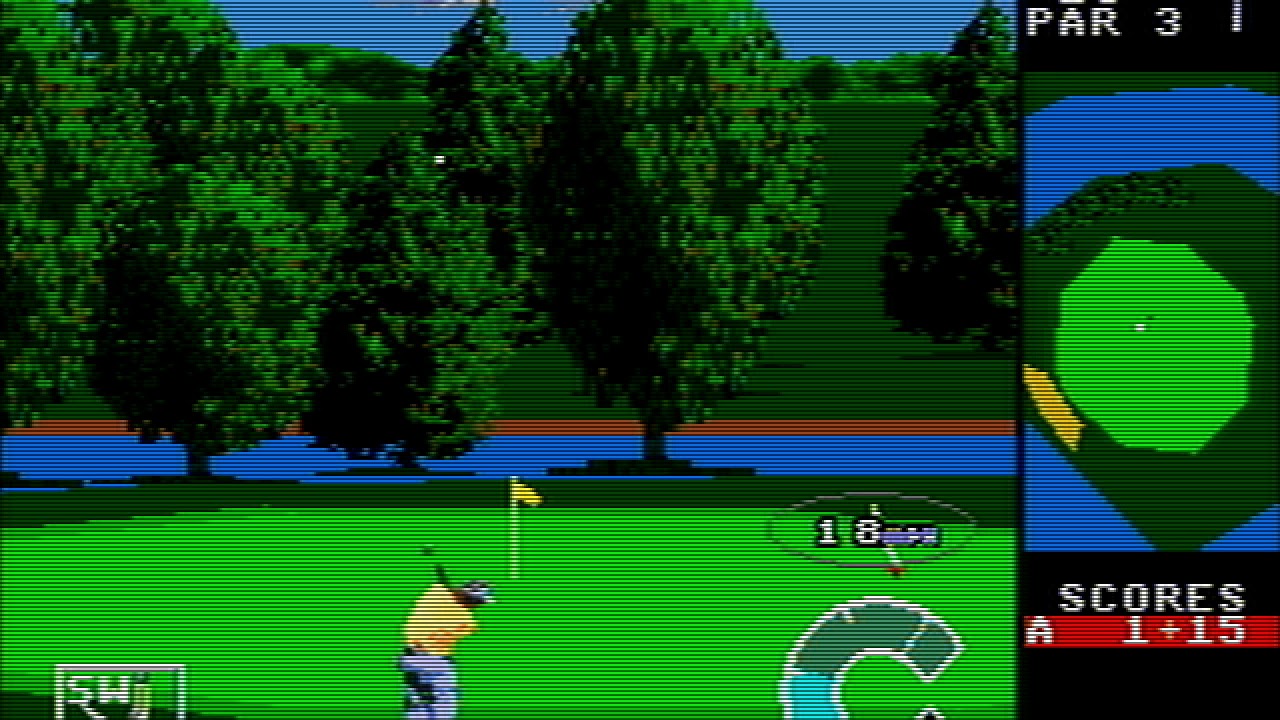 Ported from the Amiga & MS-DOS, it’s World Class Leaderboard Golf. The Genesis version was done for U.S. Gold by Tiertex, a name that is usually anathema, as you would know if you’ve tried the Mega Drive version of Turbo Out Run. Looks like they actually did something right this time, because even if it isn’t the best golf game on 16-bit, WCLG is decent. While it’s not up there visually with Naomichi Ozaki’s Super Masters/Arnold Palmer Tournament Golf, it looks OK. The graphics have been improved over the computer versions.

For a golf game on the Genesis, it’s not too bad. You hold the shot button until you reach the desired power, then tap it once more- if your timing is off, you will hook or slice. To get a list of club yardages, hit start & choose the Caddie Advice.

WCLG is memorable partially for its announcer. You either love him or want to throw your 9 iron at him. You’ll never forget “Looks like he hit the tree, Jim” & “Oooh, can’t be too happy about that one”. Sometimes it’s easy to get a feeling that he’s taunting you. I find the announcer a bit hilarious.

PGA Tour Golf may be very good, but World Class Leaderboard is more accessible. That’s not to say it’s an easy game- there is still some learning curve to it.