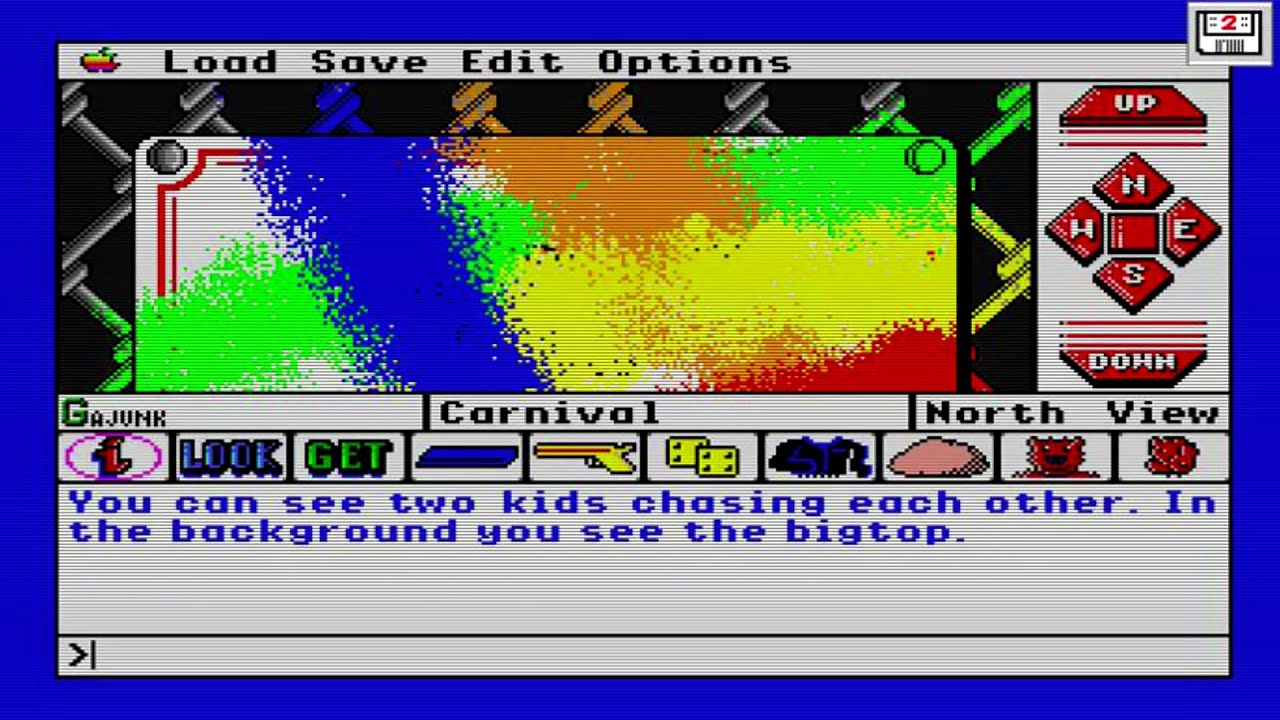 This game was made by JAM Software (which later on became known as Naughty Dog) back in 1987. Like the manual states, it was mostly done by Andy “believe me… I can do it!” Gavin and Jason “not gettin’ paid enuf” Rubin. Andy and Jason did the code, design, graphics&art and manual while “music driver” and songs&music are credited to Audio Light and Sarah “super sound” Sidman respectively.

I haven’t tried playing this game from start to finish with out a walk through so I can’t comment on how well designed it is, but all in all this game felt like an average 80s adventure game with death ends, 10 item inventory limit, sudden deaths and obtuse puzzles. I even encountered a bug: you can’t shoot the ninja unless you drop all of your items on the ground (except for your gun of course). Although the game did come supplied with a hint book (which was encased in a letter) and a map, which you absolutely need for finding couple places. So I can’t say whether this is an unfair/poorly designed game or not. Though I’ve got to say that finding the form you need for getting an I.D might be the most tedious puzzle I’ve ever seen in a video game.

I played this on an Apple II GS emulator even though the box shown in the beginning is the Atari ST version.